A gateway to the management of corrosion (in The Netherlands)

The minimum cost of corrosion to the Dutch economy is 20 billion euro per year. This was reported by the Vereniging Industrieel Oppervlaktebehandelend Netherland (ION). It is possible to save about 37% of this cost of corrosion. Cases like De Pier in Scheveningen where concrete parts are in bad condition and the possible severe microbial corrosion in the channel of Gent-Terneuzen are among the examples of how corrosion and its various processes can affect our infrastructures and economy.

In this webinar, several aspects of corrosion will be discussed as well as a framework for smart corrosion management. Public awareness of such a highly technical issue must increase by informing everyone who is involved or interested about solutions and prevention instead of the usual emphasis on the resulting costs and environmental side-effects of corrosion.

Language
This webinar will be presented in English.

Biographpy of the presenter
Dr. Reza Javaherdashti, CEO of MICCOR The Netherlands
Dr. Javaherdashti has a background in materials science and metallurgical engineering. He has been involved in more than 400 corrosion management projects in various industries including oil & gas and power plants worldwide. Leading author of eight books published by publishers such as Springer, CRC Press, Elsevier and recently Wiley, Dr. Javaherdashti has authored several research papers and root cause analysis reports. His areas of expertise are in corrosion management, Microbial corrosion (MIC), mathematical modeling and future studies.

To learn more on Microbiologically influenced corrosion (MIC) of construction materials in steel and concrete, take a look at our course on October 4, 11 and 12. You can attend in class (Amersfoort, The Netherlands) or online.

Watch the replay of the webinar 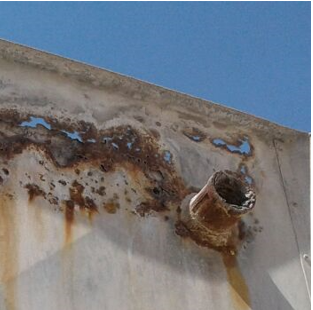