Mixing is a fundamental unit operation in chemistry, pharmaceutical - and food process industries. Mixing increases the homogeneity of a system by reducing non-uniformity or gradients in composition, properties or temperature. Besides the primary objective of homogeneity, secondary objectives of mixing include control of heat and mass transfer rates, reactions and structural changes.

The mixing and/or agitation of solids, liquids and gases is one of the key unit operations in the chemical and food processing industry.
Different types of system are required for different mixing operations in the industry.
• Solid–solid mixing: Ensuring that all the ingredients in a cereal box are mixed uniformly to provide consistent nutrition according to labelling, for textural effects, or to give a specific taste.
• Solid–liquid mixing: The addition of solids to liquids is involved in the reconstitution of fluids, such as addition of coffee, milk and sugar to hot water. The addition of liquid to solid systems is the key to the production of many food batters, pastes and doughs.
• Liquid–liquid mixing: The creation of liquid–liquid emulsions is central to the manufacture of margarines and spreads.
• Gas–liquid mixing: Ascertaining that enough air is mixed into a fermentor liquid to ensure microbial growth is not oxygen limited.

The equipment used for mixing can be either application specific or general purpose. Unique design challenges apply to chemicals or food mixing where food properties such as texture, flavor, shelf-life, and safety must be considered. The equipment must handle different rheological properties and still be effectively cleaned. Although categorization of mixing equipment is difficult, some mixers are used primarily for either liquids or powders, whereas others are employed for combinations of liquids and powders.

Learning Objectives Mixing
On completion of this course, a student should be able to:

How should new mixing problems be solved?
Solutions for new mixing problems require answers to the question “Why?” as well as the very pressing question “How?” This question is best addressed with a good understanding of both the process and the underlying fundamentals. This requires discussion with both operations and developmental chemists. It is often well served by reposing the question “How can we scale this up?” as “How can we scale down the process equipment to closely replicate plant conditions in the lab?” The importance of this question should never be underestimated, as it often opens the door for discussions of geometric similarity and matching of mixing conditions.
Good experimental design based on an understanding of mixing mechanisms is critical to obtaining useful data and robust solutions. Engineers who ignore the fundamentals always do so at their own peril. It is our hope in writing this book that mixing fundamentals will become accessible to a much wider audience of engineers, chemists, and operators whose processes are affected by mixing issues. 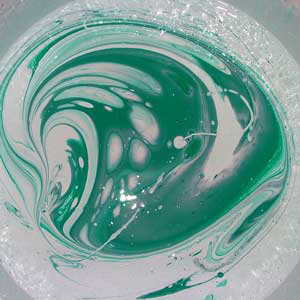