Using influences of the distillation process for process optimization

Absorption is a mass-transfer process in chemistry in which a vapor solute A in a gas mixture is absorbed by means of a liquid in which the solute is more or less soluble. The gas mixture consists mainly of an inert gas and the solute.
The liquid also is primarily immiscible in the gas phase; that is, its vaporization into the gas phase is relatively slight. Subsequently, the solute is recovered from the solution by distillation. In the reverse process of desorption or stripping, the same principles and equations hold.

Learning Objectives Absorption
On completion of this course, a student should be able to:

Learning Objectives Distillation
On completion of this course, a student should be able to: 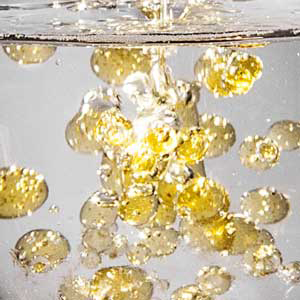